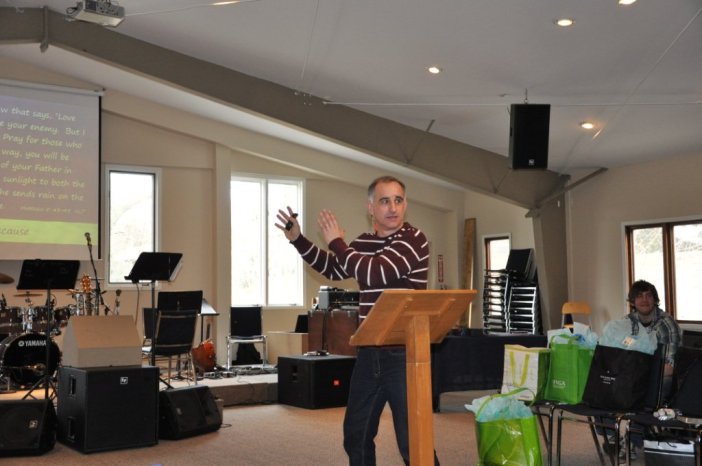 This past February, two significant events occurred: one happened in our church, and the second occurred in my life. In our church we have this tradition we do every February called Just Because. It’s all about our Vineyard family loving on our Vineyard family…tangibly loving one another. It all started with our late Assistant Pastor, Rob Hall. Rob had a way about him where he just loved to do things spontaneously…and this was one of those things.

So for three or four weeks in February we take a glass vase or jar, place it on a table which is in the middle of our centre aisle, and ask folks to throw change or bills in…whatever they have on them. It’s not planned…ya just give…just because. At the end of the month we take all the cash and buy various gifts – some big and then some just to say ‘we love you, just because’. On either the last Sunday of February or the first one in March, we surprise people with the gifts throughout our service. It’s fun and a great encourager for those receiving. This Sunday, we did that and had a blast!

On February 5, it was my 10th anniversary as a pastor. Ten years when I walked away from a career I loved and into my calling. January and February have been tough months for me emotionally. I’m not really sure why my emotions have been all over the map, but they have been. My lows have been very low. I’ve wrestled with so many things to do with my calling and have had to face some tough realities about how I’ve walked out these ten years.

So this Sunday, we worshipped, gave out gifts, and I preached my heart out. At the midway point of my message at the second service I had turned around to read the scripture off the screen – so my back was to the congregation. I heard what sounded like someone coming into the sanctuary with a noisy stroller…and I just kept on reading this passage with all the passion I had. I turned around and there in front of me was my son Zac and his wife, Sara, with my daughter, Autumn with a food cart that had this huge cake on it. 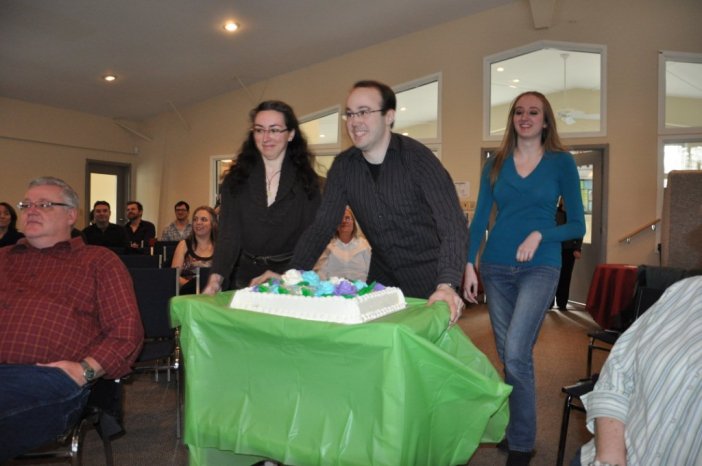 I was stunned, surprised, shocked, and utterly speechless. My brain went into high gear trying to figure out what was going on. I think I asked out loud what was going on, and from somewhere, I heard the words – ‘Just Because’. I looked at the cake and written were the words, “Happy 10th Anniversary”. I was at a loss for words and had no idea what to say or do.

And then the most surreal thing happened. Zac and Autumn took the mic and addressed everyone. In front of my congregation they honoured me for all the years that I worked away on my degree while working full time and being a dad. They hi-lighted my perseverance and how I never gave up, regardless of how difficult it was. How I have been an inspiration for them. My wife, April, then got up and shared with everyone the demands of pastoring and how she is proud of me for how I have handled the past ten years.

I was presented with letters and cards from children and adults, gifts, a photograph of April and me signed by everyone in the congregation, and a photo album of various photos (early married years, policing, and pastoring).

Yesterday was absolutely amazing for me. I serve an awesome group of people who passionately love Jesus…and love their pastor. Jesus is good to me, and he sure puts up with a lot from this guy. I’m so thankful it was a cake on a cart and not a pie in the face!

Oh yes…I did find out who was responsible for pulling this off without me catching so much as a whiff of what was happening. But that’s for another post…I promise!

In case you missed it…